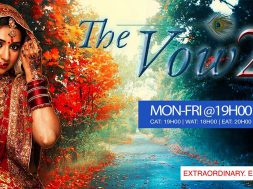 Bharat brings home a woman he regards as his mother. Uma brings Gaury to the house. Will her arrival cause a rift between Amar and Divya?

Gaury sees Amar dancing and embracing Divya, she is taken aback by this and leaves the house. Amar reveals the truth to Gaury.

Bharat receives the news that Karan has signed the divorce papers and that he can now be with Aditi. Karuna seems to not agree with Bharat’s choice to marry a divorcee. she sternly refuses to accept the situation.

The woman Bharat considers as his mother refuses to accept Aditi as his wife. Gaury is struggling to accept that Shivam has passed on.

Divya tells Amar that Gaury is his lawful wife and denies her relationship with him, what could Divya be up to? Karuna refuses to give Bharat and Aditi her blessings for marriage.

Karuna tells Bharat that she will not attend his wedding. The wedding is underway and everyone is happy with the outcome. Divya keeps suffering in silence, what could she be hiding?

The doctor suggests that Divya terminate the pregnancy to save her life but she refuses to do this. Divya’s condition gets out of hand and she is sent to the operation theatre immediately.

Amar and Divya keep the secret about the baby from their family. The tragic secret about Divya’s pregnancy is revealed to the family. It appears that Divya had her own plans.

Divya continues hiding the secret about her pregnancy from the family. Divya encounters complications during a family outing.

Karuna speaks ill of Aditi behind her back. Divya’s lie comes out and Amar does not take this well. Amar goes to the extreme to try and save his wife’s life.

The court case gets postponed when Divya falls ill. Amar apologises to Gaury for all he has put her through.

Sindoora is back. However, she is in a mental institution. It appears that Bharat has been taking care of Sindoora, could she be up to something?

Amar makes a decision that puts Divya’s life at stake. Aniket sees a difference in Bharat’s behaviour and questions him. Aniket remove the obstacle between Bharat and Aditi.

Amar follows Bharat to the mental asylum and finds out what he has been up to. The family is shocked to see Sindoora back to the house. They try to convince Bharat to move her back to the institute.

Bharat shows love and care to Sindoora despite her past. Divya starts to question Sindoora’s suspicious behaviour.

Sindoora instigates Gaury against Amar. Sindoora realises that ending Divya’s life is not a good idea and might land her in trouble.

Amar gets news that Divya’s condition is getting worse. Will Divya come out of the coma?

Aditi finds out that Sindoora has an ulterior motive. Amar finally accept Dia and the responsibilities he has over her. Sindoora goes to the extreme to rid herself from the curse.