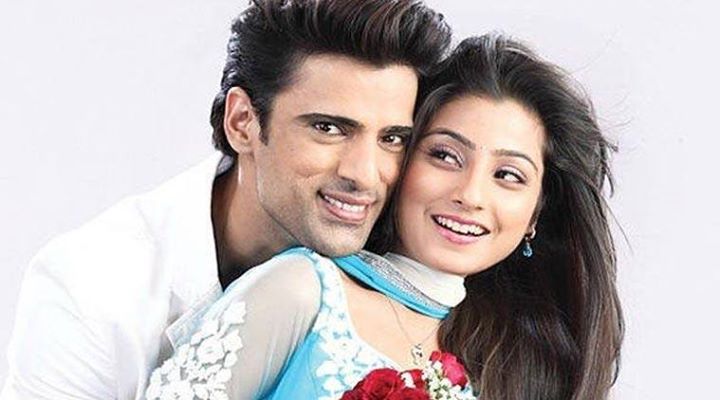 WEDNESDAY UPDATE ON LIES OF THE HEART

It starts with Samrat leaving Urmi in room and enjoying in a swimming pool with foreign girls. Urmi goes downstairs looking for Samrat and falls down in swimming pool. Samrat saves Urmi and scolds her for coming out and spying on him. Urmi prepares surprise for Samrat by dressing elegantly and getting the room decorated romantically. Urmi keeps waiting the entire night but Samrat does not come. Samrat spends the entire night with another women and in the end sleeps with her only. The next morning, Ishaan finds Samrat and asks him why he left Urmi alone last night. Samrat says he slept with another women and it’s his own money so no one can challenge him on that. Meanwhile, Aditi gets the news of her niece in the newspaper. After reading about her newborn niece in the newspaper, Aditi decides to visit the house to see the baby.

Samraat comes late in hotel room. Urmi wakes up the next morning, to hear the doorbell ringing, and rushes to find Samrat, unperturbed at the door. She hugs him and starts crying saying how much she was tensed for him. He comes inside and seeing the decoration and asks what’s all this. Urmi cries more and feels upset as Samrat did not even appreciate her decorations in room for him. She asks him where was he all night. Samrat tells her that he was in casino with Ishaan whole night. She is shocked that he was gambling. He says that it’s a status symbol, and that she doesn’t see the world and doesnt know about it. She still tries to ask if he was at the casino all night. He asks how long and how many times would he have to clarify. She starts reprimanding him for being so irresponsible, and not even bothering to think about her. He asks what sin did he commit, and instead turns it on her, to stop harassing him. He says that phones weren’t allowed in the casino. She is surprised and asks why. He says that she can check it herself. She asks that he could have atleast informed her. He asks what does she want to do now. She asks who is she to punish him. He asks her to stay quiet then, and then he goes and sleep. She stands hurt and distraught.

Later, the doorbell rings and Urmi opens the door, while Samrat is asleep. Ishaan comes in Samrat’s hotel room and while Ishaan is excited about the setting of the room, and then Urmi tells him that how much she was worried about Samrat and reprimands him for going to the casino without thinking of the consequences, and not even bothering to inform her, so that she may not be worried or tensed. Ishaan is shocked to hear Samrat’s stance as he gets to know from Urmi that Samrat had gone to casino with him. She starts crying berserkedly. Ishaan remembers Samrat rushing him to go for work. He apologises to Urmi covering up for him, and takes the blame saying that he shouldn’t have gone as what happened was wrong and they didn’t realise it then. He also says that he would go and sleep. Urmi is tensed. Ishaan leaves tensed too, while Urmi is still upset.

At Samrat’s residence, Samrat’s parents are excited about the news of the birht of the child, when aditi calls up Shashi. Her daughter calls up and insists that she wants to see her niece, and is standing at the gate of their residence. Shashi sees that she is adamant and decides to humour her. Samrat’s mother takes the new born baby out of home to meet Aditi, Samrat’s sister on some pretext, and shows it to Aditi, and she starts pampering the new born. Shashi is conscious that no one should see them. Aditi gives a swing to the new born baby as her gift, and after overcoming her initial shock, Shashi resignedly accepts the gift, when Aditi asks her to make any excuse.

On the other hand, Ishaan comes out of hotel and confronts Samrat. Ishaan questions him that whom he had gone to meet at midnight leaving Urmi alone in the hotel room and why he lied to her that he was in casino with him. Samrat asks what would he do by knowing and asks who told him. Ishaan says that Urmi told him. Samrat is tensed.

0
0   0
previous THURSDAY UPDATE ON LIES OF THE HEART EPISODE 52 – 53
next Neha Marda, “Urmi” in #LiesOfTheHeart Just Had an Arranged Marriage
Related Posts