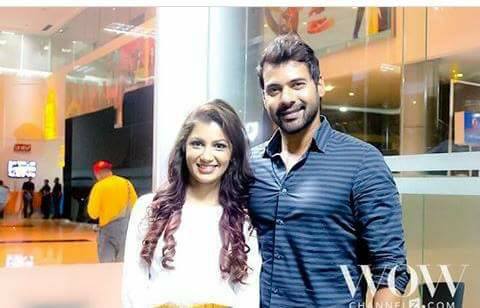 The Battle wasn’t easy for Pragya. She finally exposed Alia and Raj but it became more difficult for her to expose Tanu because it’s either her plan fails or Tanu, Nikhil and Alia outsmart her. Whilst She is thinking of what to do next ,Tanu on the other hand is also planning to eliminate her from Abhi’s life. She endup accusing Sarla With of stealing after Sarla recovered but Thankfully Granny Dalgeet played a dirty game and exposed Tanu for stealing the money. This made Abhi really angry and and asked Tanu to leave the house. Tanu is leaving but she used her unborn child and Returned to the house.

She makes plans to make Abhi hate Pragya but it all fails hence bringing them more closer…………. Later , Tanu was Admitted in a hospital…..There Pragya met her old time friend, Dr sheela who is a doctor. It seems that Pragya has helped this Doctor a lot in the past. Dr sheela then learns from Pragya that Tanu is pregnant with Someone’s child and claims it’s for Abhi and Pragya is finding it difficult to expose her in front of Abhi. She promised to help Pragya expose Tanu with D.N.A test so she asked Pragya to gets samples of Blood, hair and nails of Abhi and Nikhil as she will take the child’s samples…….Pragya later convinced Abhi and took him to Dr sheela and got his blood sample. Purab too smartly fooled Nikhil and got his hair sample using Chewing gum, Lol.
Dr sheela Promised to finish the results the next day.
NEXT DAY, Meanwhile that was the same day Nikhil was celebrating his birthday and because Abhi made business deal with him, he hosted the party in the Mehra house for Nikhil. Party started And doctor sheela called pragya saying she’s done with the D.N.A Test results. Pragya went for it but Dr Sheela informed her that even though the results proves that Abhi is NOT the father of Tanu’s child but she couldn’t prove it’s for Nikhil as the gum ruined the hair. Pragya thank her and left happily. She comes back to the party and Danced romantically with Abhi on stage……..She Later shocked everyone when she announced that Tanu’s unborn son is NOT for Abhi…. Tanu, Nikhil and Abhi are all shocked. Tanu started her blah blah blah that Pragya can’t become a mother and she’s jealous of her that’s why she is saying that. Abhi too questioned Pragya saying she was the same person who asked him to accept his child with promise and now she is saying this. Pragya then showed him the D.N.A test and Abhi is more shocked. Without wasting time Tanu went to her room and brought D.N.A results telling Abhi that Pragya’s results is fake. Abhi is Confused to know which results is fake.

He then asked Purab to bring Dr sheela there to tell which results is fake as all the results are from her hospital……Alia is seen hiding listening to their conversation and because she was sent out from the house To Australia , she couldn’t come to the house again. Purab bringing Dr. Sheel in car, Dr sheela says Pragya has helped her a lot and it’s time to help her too. She came there, checked both results and announced that Tanu’s report is fake and the child is NOT for Abhi. Abhi is shocked. Tanu tries to talk but he shut her up saying Dr sheela cannot lie. Just when Abhi is about to throw Tanu out of the house Dr sheela returned in tears saying she can’t lie anymore saying Pragya’s report is rather fake and The child is for Abhi as Pragya bribed her to lie. Pragya is shocked , she asked her why she is lying but doctor sheela kept on saying Pragya is lying. She left. Abhi leaves to his room in shock wondering why would Pragya to that, Bribe a doctor to lie. Pragya thinking Abhi will scold her if she goes to the room decided to find out why Dr Sheela betrayed her. She chased Dr sheela to her house and find out that Dr Sheela’s daughter, Pari has been kidnapped and Dr Sheela was why forced to lie. ( Alia kidnapped her). Pragya blames herself for risking the innocent child’s life. She promised to bring her to Dr sheela. She suspected Nikhil so she followed Nikhil and found where they have kept Pari. She smartly released her but Nikhil kidnapped both Pragya and Pari….. Abhi too is waiting patiently for Pragya to explain why she lied.

Nikhil blackmailed Pragya to sign divorce papers and asked Sarla to make Abhi sign but Abhi says he will never sign until he sees Pragya herself. Pragya later escaped with Pari. She brought her to Dr Sheela. Nikhil and Tanu thinking Pragya will Expose them if she reaches Dr Sheela decided to follow her with car. They decides to hit her with the car but they endup hitting the car to a tree. Poor Pragya she couldn’t stand and watch them die so she rushed them to hospital. News got to Abhi that Tanu is admitted at the hospital. He went there and got the shocking news that Tanu has lost the 8 months pregnancy. Tanu blackmails Abhi emotionally accusing him for allowing pragya to kill their unborn innocent child. Abhi says Pragya can do Anything but can’t kill human.

He is convinced when Tanu, Nikhil and eye witnesses ( planned by Nikhil) said that pragya deliberately hit their car with hers. Pragya comes there and is shocked when Abhi blames her for the accident. Abhi calls her a heartless woman saying because of her rivalries and greediness, she has killed his blood and the innocent child. Pragya is in tears. she tries to explain but Abhi is not ready to listen. Pragya saying Abhi thinks she is just after his money so she gave back all his properties and told him she is not ready to live with a man who don’t trust her. Pragya left to her house. Abhi is still concerned about his so called dead unborn child. …..Dalgeet find out later that Pragya left, she got angry on Abhi for allowing pragya to go. Abhi leaves home and went to his old house somewhere. Meanwhile Tanu , Nihil and Alia were celebrating saying they have won the war. Pragya comes there recorded everything, went inside and slapped Tanu hard. she told them she is going to show Abhi the recording. Nikhil tries to stop her but pragya hit him with a vase and went away. Abhi is inside the house drinking all night .

Pragya comes there and knock. when Abhi find out its Pragya ,he refused to let her in. It’s raining, Pragya gets drenched and cries in rain saying she is going nowhere until Abhi speaks with her…. Just then Abhi comes covered her and brought her inside. He says he is only allowing her inside because if she dies her mum will blame him. Abhi drinks all night and Pragya is seen scolding him for drinking. she tries to show him the video but Abhi says he is tired of Proves and evidences which always turns to be fake. Pragya angrily throws the phone away breaking it… Next day, Abhi wakes up and found pragya sleeping besides him. Pragya wakes up and started to tell him the whole truth. She tells him how she came to know about Alia n Tanu’s secret.

How she changed herself just to expose them. (Then I even came to know Dalgeet was the one who got his sign on the property papers)…. Pragya continues telling how They killed bulbul, how they caused her mum accident , how they kidnapped DR Sheela’s daughter and all their plotting and plannings. She tells him how Tanu and Nikhil has been fooling him, taking advantage of his goodness. she added that she is his #Fatty but changed just to save him and His grandma told her to. …At first Abhi was laughing saying she is just creating an untrue story but he listened to her silently whiles Pragya keeps on talking in tears asking him to believe her……..

He Finally asked Why she didn’t tell him all this while. Pragya says he wouldn’t have believed her if she said anything about his sister and Tanu without evidence. Abhi says he would have have trusted his #Fatty…. Pragya asked if he believes her without finding out. Abhi says he can see in her eyes that she is saying the truth. He then apologized to her for not trusting her earlier. He says now he knows why Nikhil keeps on coming to the house. He promised to teach those betrayals a lesson. They then proposed to eachother again. The hug and kisses happily. Abhi lift her and swirls her. Abhi tells Pragya that they should start having babies there and their first child will be named #AbhiGya. (awww).. Abhi gets closer to her trying to romance but Pragya insist they go home first…………….😋😋😋 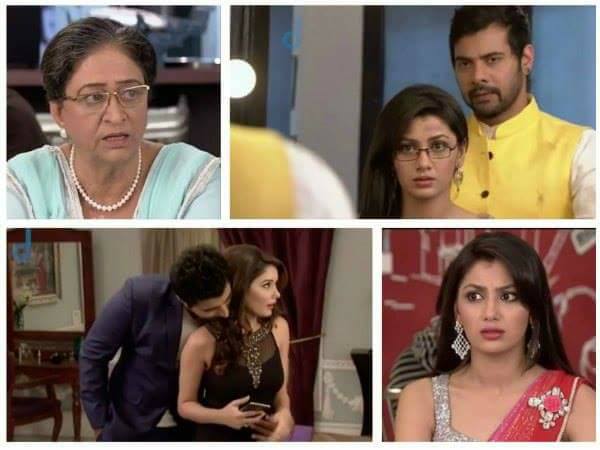 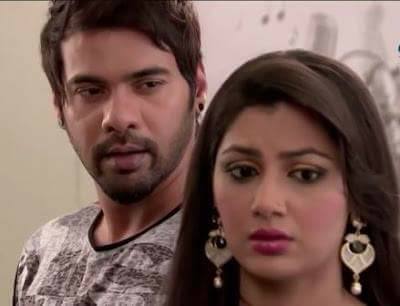